School zones add a special penalty enhancement that everyone on Texas needs to be aware of. 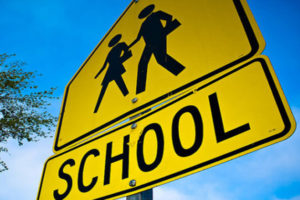 Keeping drugs away from school seems like a good idea to everyone.

The dangers of allowing drug dealers near children is self-evident, The Montgomery County District Attorney believes that the use and distribution drugs are the root crime that causes a cascade of other crimes, so protecting children from drugs is at the top of the State of Texas priority list, as it prevents delinquency and keeps the youth brilliant… At least that’s the intent.

Local woman arrested for marijuana near a school.

A recent example is a local mother allegedly speeding in a school zone. It appears the charge was upgraded as a result of the proximity to a school zone.

If you are stopped in a School Zone (Remember, 20 mph ) and you possession drugs, law enforcement will increase the charge to a higher level/penalty because of the implications regarding dangerous drugs and youth spaces. The special provisional enhancement charge increase isn’t limited to public schools but includes universities, arcades, public parks, youth centers and swimming pools open to the public. 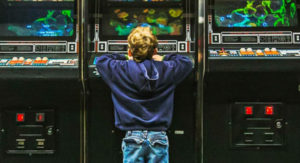 Schools are considered “drug-free zones”, in Texas if you are within 1000′ of such a zone, this specific statue is called out by the health and safety code Texas Health and Safety Code Section 481.134

1. Any location that is within 1000 feet of premises owned, rented or leased by

2. or any location that is within 300 feet of the premises of

Drug free school zones are a complex legal situation, one regularly argued that drug free school zones are manipulated by law enforcement by the officer lying in wait for the traffic stop until the person is near the school, then initiating the stop at the most ideal moment to give an extra card on the table to for prosecutors.  This is not the spirit of the law.  The law was intended to keep drugs away from children.  It was designed so that if a person was near a school to not sell or provide drugs to the children.  This specific situation violates the spirit of the law in my opinion. I have seen cases where an officer waiting just a bit longer to turn on his lights in order to make what should be a simple misdemeanor marijuana possession a state jail felony, or state jail.  It would not be uncommon for a person who smokes marijuana to leave it in an ashtray or somewhere in the vehicle  Schools Zones are everywhere.

Drug-free zone arrest is a trump card for law enforcement and prosecutors of Montgomery County, it also means the defendant has more at risk in the event of a jury trial, as this type of case has more nuances as tends to be complex.  There are defenses and issues that must be raised by the attorney you hire.