The issue of consent is tricky, very tricky, sometimes the only difference is sexual assault and consensual sex might be the rise of an eyebrow expressing interest, the tone of voice expressing inclination of interest, expressing those events to a jury is a job best performed by a serious, experienced and well-trained lawyer.

We can all agree that a line exists that actions match the definition of sexual assault, but as with all human relationships, gray areas exist. For example, consent can, in theory, be taken away? It’s commonly understood from case law that the act of having sex after a fight equals reconciliation? What if the woman is saying that the what the man understood as reconciliation sex was perceived as an assault on her? 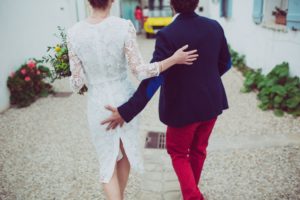 Each specific situation has legal defenses tailored to the situation, and the good news is that many times tailored legal defenses have the most positive outcomes. The #metoomovement has created a situation in which it becomes a tad trendy to be included in the victim-hood of having been a helpless woman. We don’t want to deter from the illegitimacy of real rape and sexual assault, the pain and consequences it causes is unimaginable, but we are saying that a lot of gray area situations are being sold to the public as legitimate rape, when in actuality a strong argument could be made that the women in such cases were, in fact, profiting from the situations more than they were taken from.

We are not proponents of lawlessness in any form, we take on our clients problems and demonstrate the surrounding evidence that contributed to the situations, many many times troubled women have been known to create and imagine situations in which they need a villain, and sometimes, healthy strong normal boys are (excuse the Don Quixote reference) but the imaginary dragon, the scourge of society and at this office we feel we have more realistic understandings of the working dynamics of such relationships.